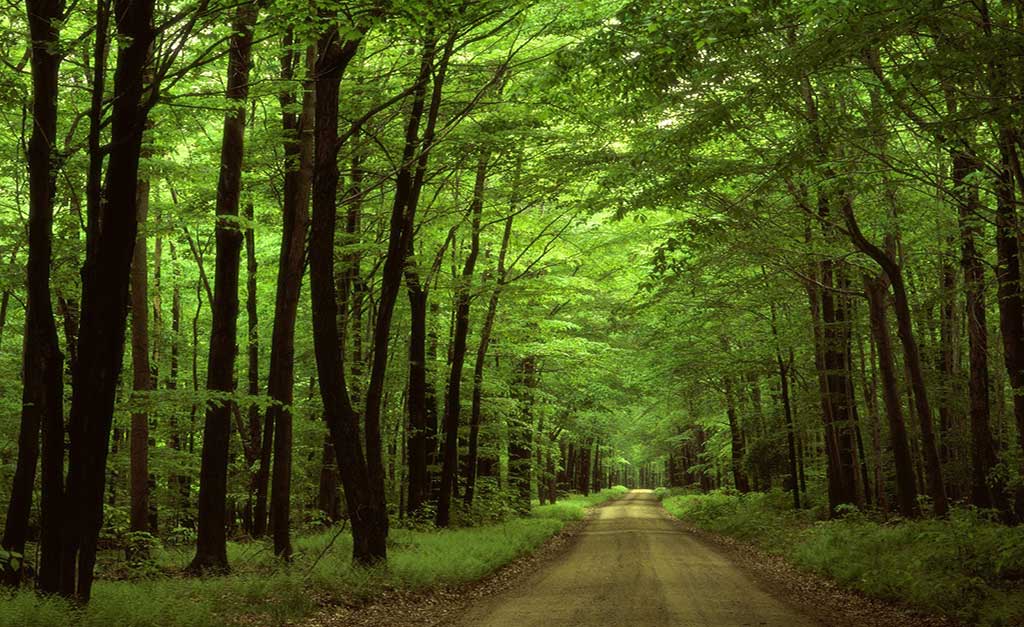 Hyrcanian forests form a unique forested massif that stretches 850 km along the southern coast of the Caspian Sea. The history of these broad-leaved forests dates back 25 to 50 million years, when they covered most of this Northern Temperate region. These ancient forest areas retreated during the Quaternary glaciations and then expanded again as the climate became milder. Their floristic biodiversity is remarkable: 44% of the vascular plants known in Iran are found in the Hyrcanian region, which only covers 7% of the country. To date, 180 species of birds typical of broad-leaved temperate forests and 58 mammal species have been recorded, including the iconic Persian Leopard (Panthera pardus tulliana).

The Hyrcanian Forests form a green arc of forest, separated from the Caucasus to the west and from semi-desert areas to the east: a unique forested massif that extends from south-eastern Azerbaijan eastwards to the Golestan Province, in Iran. The Hyrcanian Forests World Heritage property is situated in Iran, within the Caspian Hyrcanian mixed forests ecoregion.  It stretches 850 km along the southern coast of the Caspian Sea and covers around 7 % of the remaining Hyrcanian forests in Iran.

The property is a serial site with 15 component parts shared across three Provinces (Gilan, Mazandaran and Golestan) and represents examples of the various stages and features of Hyrcanian forest ecosystems. Most of the ecological characteristics which characterize the Caspian Hyrcanian mixed forests are represented in the property. A considerable part of the property is in inaccessible steep terrain. The property contains exceptional and ancient broad-leaved forests which were formerly much more extensive however, retreated during periods of glaciation and later expanded under milder climatic conditions. Due to this isolation, the property hosts many relict, endangered, and regionally and locally endemic species of flora, contributing to the high ecological value of the property and the Hyrcanian region in general.

Criterion (ix): The property represents a remarkable series of sites conserving the natural forest ecosystems of the Hyrcanian Region. Its component parts contain exceptional broad-leaved forests with a history dating back 25 - 50 million years ago, when such forests covered most parts of the Northern Temperate region. These huge ancient forest areas retreated during Quaternary glaciations and later, during milder climate periods, expanded again from these refugia. The property covers most environmental features and ecological values of the Hyrcanian region and represents the most important and key environmental processes illustrating the genesis of those forests, including succession, evolution and speciation.

The ecosystems of the property support populations of many forest birds and mammals of the Hyrcanian region which are significant on national, regional and global scales. To date, 180 species of birds typical of broadleaved temperate forests have been recorded in the Hyrcanian region including Steppe Eagle, European Turtle Dove, Eastern Imperial Eagle, European Roller, Semicollared Flycatcher and Caspian Tit. Some 58 mammal species have been recorded across the region, including the iconic Persian Leopard and the threatened Wild Goat.

The component parts of the property are functionally linked through the shared evolutionary history of the Caspian Hyrcanian mixed forest ecoregion and most have good ecological connectivity through the almost continuous forest belt in the whole Hyrcanian forest region. Khoshk-e-Daran, is the only component that is isolated, however it still benefits from a high level of intactness and contributes to the overall value of the series. Each component part contributes distinctively to the property’s Outstanding Universal Value and the components together sustain the long-term viability of the key species and ecosystems represented across the Hyrcanian region, as well as the evolutionary processes which continue to shape these forests over time.

Several component parts have suffered in the past from lack of legal protection, and continue to be negatively impacted to some extent by seasonal grazing and wood collection. The sustainable management of these uses is a critical issue for the long-term preservation of the site’s integrity and it will require strong ongoing attention by the State Party.

The management of the property’s components is under the responsibility of three national agencies, the Iranian Forests, Range, Watershed and Management Organization (FRWO), Department of Environment (DoE) and the Cultural Heritage, Handicrafts and Tourism Organization (ICHHTO). A National Steering Committee is in place to ensure coordination across the series as a whole. This mechanism will need to be maintained in order to guarantee comprehensive management of the site into the future, based on a common vision and supported by adequate funding. Each component part has a management plan however, a “Master Management Plan” for the whole property is also a long term requirement. The national and component specific plans should be maintained, developed and updated regularly together by the responsible management institutions, in cooperation with ministries, universities and NGOs.

Public access and use of the area is legally regulated and logging, grazing, hunting and most other uses that may potentially impact the property are strictly prohibited within all component parts. Vehicle access and other uses and activities that may potentially impact the property are also either forbidden or strictly regulated. However, enforcement of access and use regulations is not always effective and requires strengthening. Particular attention is required to maintain and enhance where possible, ecological connectivity between components and to ensure effective regulation of seasonal grazing and wood collection.